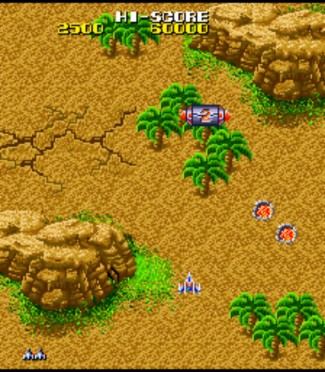 You fly a spaceship in a vertically scrolling game while fighting off enemy ships and collecting ship parts that combine to form an enormous, fist-launching robot. If the player can keep the robot in one piece (a difficult task considering the number of enemies the game throws at you), they’ll eventually be able to arm it with a gun and even transform it into one of several devastatingly powerful smaller ships.