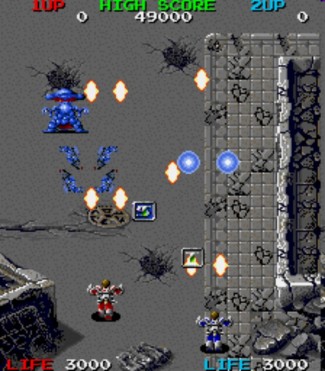 Exterminate waves of attacking aliens using your gun and defeat the boss at the end of each stage. Enemies that have been shot release energy pods that can be collected to increase your character’s available energy. Destroy rocks to reveal entrances that lead down to shelters that contain special bonus items.