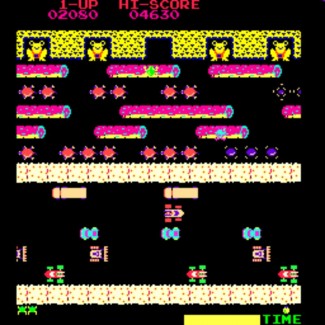 This video game is an earlier version of Frogger.