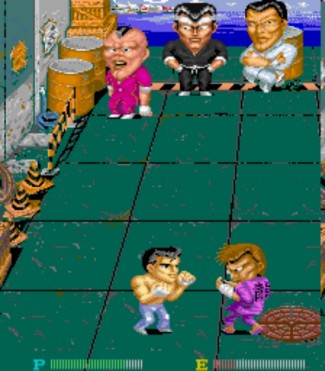 In this game, you play a bandage-fisted street boxer who must fight every member of The Motorcycle Gang Warriors, including their leader.

The game has nine rounds where you must face a different opponent. In each round, your opponent must be knocked down three times in order for you to win.

After you have defeated the first eight opponents, you will finally meet face to face with the leader, and if you defeat the leader, you have beaten the entire gang and the game ends.