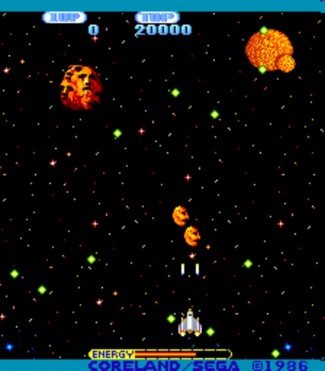 A deep space shooter from Coreland – it has a similar eerie feel to it as in other space shooters such as “Brain” and “4-D Warriors”.

The game scrolls vertically as you maneuver your ship through hordes of enemies while collecting the tears of Rafflesia to power up your weapons. Each sector has a large boss enemy to defeat.

Can you survive to reach the final battle against Rafflesia himself?