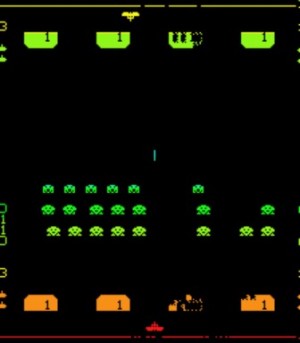 Like the classic original, this game requires the player to destroy advancing invader ships. This game has a competitive mode where two players fight to destroy each other in addition to the advancing attackers.

Fend off advancing invaders and be on guard for the CPU or the second player’s ship sweeping the playfield from above. Players can destroy the opposing player and gain his ship.