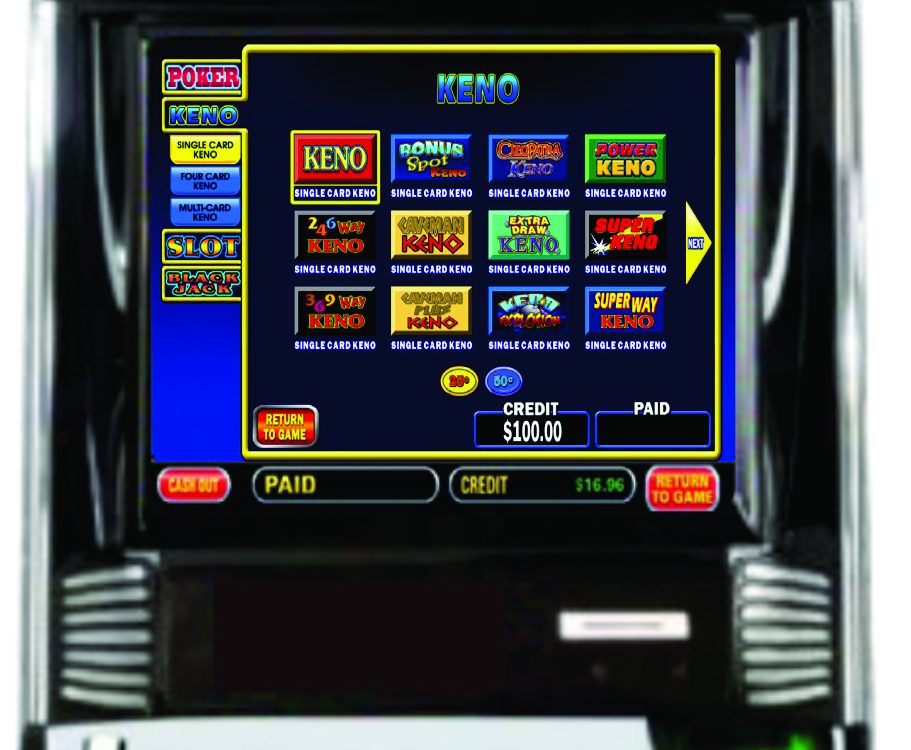 Mystical Mermaid has 5 video reel slot machine has 20 paylines and the slot player could win as much as 400,000 credits with a maximum bet of 400 credits are wagered. This game features amazing attractive and animated symbols such as the 4 mermaids with the red hair, brown hair, black hair and the blond hair. Also, symbols that are present on the screen is the red sea horse, blue dolphin, aqua shell turtle, purple striped fish, red conch, red striped nautilus, purple clam shell, red starfish, aqua sand dolor, yellow spiral shell and the gold framed treasure chest. This game has animated wild and scatter pay symbols, along with a thrilling free spin bonus, the Splish Splash bonus, that would give the avid slot player more reasons to spend time at this attractive video slot machine.

Cleopatra video slot features a five reel play, with 25-line action with symbols that come out from the history books from the times of Ancient Egypt and jump right onto the screen right before your eyes. The Cleopatra symbol is wild, for the symbol matches every other symbol, except for the Sphinx symbol, and doubles the award won with a winning combination of symbols, except the top award. Occurrence of the top award is when five Cleopatra symbols land on one single payline with the maximum bet allowed, and one version is a 400 credit maximum bet, and the top award given is 52,000 credits. The Sphinx symbol serves two purposes, one, in which, it functions as a scatter pay, and secondly, as the bonus initiator when, three, four, or five Sphinx symbols land in any position on the video reels. The player will choose an on-screen Sphinx symbol to reveal the number of free spins earned. Also, free spins do play automatically at the same bet and number of lines as initially played as the bonus round started at the beginning. Remember, credits are awarded to the player for the scatter Sphinx symbols, as well as, during the free spins during the bonus round, and all wins in the bonus round are multiplied by three. Additional free spins can be won during the bonus round and the Free Spin bonus round comes to an end when no free spins remain. This IGT video slot transports into the 21st Century all the symbols of glory that depicted that civilization at that time in ancient history.

Pharaoh’s Fortune, takes the avid slot player back in time when Ancient Egypt was the centerpiece of civilization of the ancient worlds, and Pharaoh reigned over the kingdom. The Land of the Pharaohs, as Ancient Egypt was called, has been the land where scholars and archeologists have investigated in diggings and excavations of tombs, pyramids, and sphinxes, so as to understand the science, religion, culture and civilization of Ancient Egypt. What makes this video slot unique is that the symbols comprising the paytable, feature exclusively, various symbols that were meaningful to the Ancient Egyptians which have been recorded in hieroglyphics on the walks of tombs and stone tablets. The Great Pyramid symbol is wild and rotates counterclockwise on the video screen and substitutes for the appropriate ancient symbols on the payline. The Egyptians crab is the symbol that intiates the scatter pay, ranging from two symbols that gives two credits times the total bet, all the way up to five symbols that gives fifty credits times the total bet Since this video slot game comprises many ancient symbols, many show up in the award paytable that makes this a fun slot game.

The Pharaoh’s Fortune Bonus comes into play when three Pharaoh Symbols land on reels one, two, and three of the played line. What occurs during the bonus sequence is that each free spin is awarded to the player of an additional bonus of three times the bonus multiplier times the iniating line bet and all free spins are automatically played on all twenty paylines at the same bet per line as during the initial play. Also, free spin line wins are multiplied by the initing line bet times the bonus multiplier, except five kings. Also, during the bonus round, additional free spins are awarded to the played when three Pharaoh’s are in any position on reels one, two, and three. What the player needs to know is that the player can win between three and twenty-five free spins and win a multiplier between one times and six times of the iniating bet. In effect, the multiplier starts at one time, while the number of bonus spins starts at three times. What is required on the part of the player is that the player needs to select a stone block of the pyramid in order to reveal a multiplier value, a free spin value, or Begin Free Spin Bonus symbol. In effect, if a multiplier value is revealed, the multiplier value will increase in increment of one times, or, if a free spin value is revealed under the block, then the number of free spins awarded to the player also is increased by on increment of one times. If, however, the Begin Free Spin Bonus is revealed, then the free spins are automatically iniated by the game. Remember, the additional number of free spins is equal to the initially awarded value, not exceeding 999 total free spins. Also, the multiplier value in the additional free spins is equal to the initial awarded multiplier and the bonus round ends when no free spins remain, or after 999 free spins has been played. Furthermore, what makes this game fun is that different reels are used during free spins and the player will look forward to different sequences of spinning reels. Furthermore, the animation of the bonus round is fun as the player enters the secret chamber of the Pharaoh’s tomb, revealing mountains of jewels, golden coins and precious stones, and the saxophone music plays in a swinging manner during all the animation sequences during the bonus round. At the end of the bonus round, the Pharaoh’s barge floats on the Nile River, revealing the total number of credits won by the player. This is a real fun swinging video slot game that is sure to please even the most discriminating player.

This Machine is $2200 which includes delivery to you house, set up and demonstration, manual, and a new casino cabinet to set the machine on.