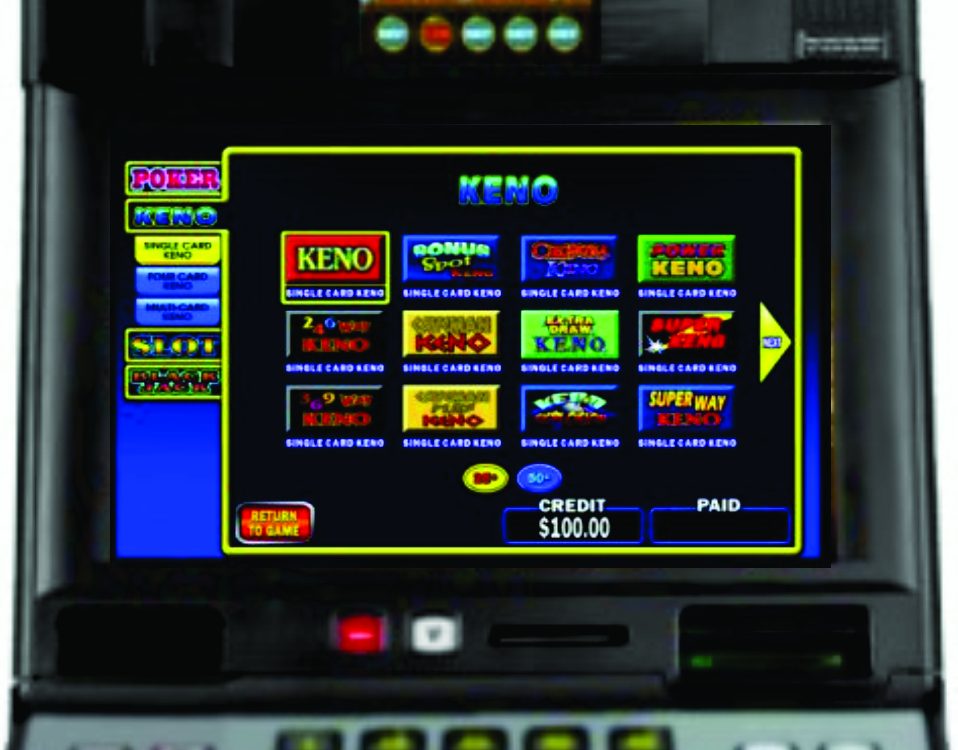 Cleopatra video slot features a five reel play, with 20-line action with symbols that come out from the history books from the times of Ancient Egypt and jump right onto the screen right before your eyes. The Cleopatra symbol is wild, for the symbol matches every other symbol, except for the Sphinx symbol, and doubles the award won with a winning combination of symbols, except the top award. Occurrence of the top award is when five Cleopatra symbols land on one single payline with the maximum bet allowed, and one version is a 400 credit maximum bet, and the top award given is 52,000 credits. The Sphinx symbol serves two purposes, one, in which, it functions as a scatter pay, and secondly, as the bonus initiator when, three, four, or five Sphinx symbols land in any position on the video reels. The player will choose an on-screen Sphinx symbol to reveal the number of free spins earned. Also, free spins do play automatically at the same bet and number of lines as initially played as the bonus round started at the beginning. Remember, credits are awarded to the player for the scatter Sphinx symbols, as well as, during the free spins during the bonus round, and all wins in the bonus round are multiplied by three. Additional free spins can be won during the bonus round and the Free Spin bonus round comes to an end when no free spins remain.

The Enchanted Unicorn video slot game has 20 paylines and the Enchanted Unicorn symbol can appear on video reels 2, 3, and 4 and when it does, the symbol makes the entire reel wild and substitutes for the Royal Lion, the King, the Fair Maiden, the Red Rose, the Mushroom, the Pinecone, the Grape Cluster, and the Nut symbols. The Enchanted Unicorn symbol provides the player with a line pay that is multiplied by the factor of two for each of the aforementioned symbols that would otherwise be limited to the pay table wins of those individual symbols in a winning combination. The Full Moon symbol is the symbol that provides the player with scatter pay wins.
The bonus game is the Treasure Chest Bonus round and this is initiated when two Treasure Chest symbols appear in any position on reels 1 and 5. The player, in turn, selects the tiles in each row until the Wizard symbol appears or when “touch treasure chest to collect bonus” appears on the screen. What is thrilling is when the magical Enchanted Unicorn symbol is selected by the player under the tile, and when it is revealed, the player receives all credit values on that row! Furthermore, if the player reaches the top row of the tiles and the Wizard symbol has not been selected, a Treasure Chest is awarded to the player. What is exciting is that the player can win up to 14,800 credits by playing maximum credits wagered in the Treasure Chest Bonus.

Pharaoh’s Fortune, takes the avid slot player back in time when Ancient Egypt was the centerpiece of civilization of the ancient worlds, and Pharaoh reigned over the kingdom. The Pharaoh’s Fortune Bonus comes into play when three Pharaoh Symbols land on reels one, two, and three of the played line. What occurs during the bonus sequence is that each free spin is awarded to the player of an additional bonus of three times the bonus multiplier times the iniating line bet and all free spins are automatically played on all twenty paylines at the same bet per line as during the initial play. Also, free spin line wins are multiplied by the iniating line bet times the bonus multiplier, except five kings. Also, during the bonus round, additional free spins are awarded to the played when three Pharaoh’s are in any position on reels one, two, and three. What the player needs to know is that the player can win between three and twenty-five free spins and win a multiplier between one times and six times of the iniating bet. In effect, the multiplier starts at one time, while the number of bonus spins starts at three times. What is required on the part of the player is that the player needs to select a stone block of the pyramid in order to reveal a multiplier value, a free spin value, or Begin Free Spin Bonus symbol. In effect, if a multiplier value is revealed, the multiplier value will increase in increment of one times, or, if a free spin value is revealed under the block, then the number of free spins awarded to the player also is increased by on increment of one times. If, however, the Begin Free Spin Bonus is revealed, then the free spins are automatically iniated by the game.

If the avid slot player is looking for a video slot game that has the most multi-paylines then this IGT, International Gaming Technology, game “Stikin Rich” is the game for you. This game theme has symbols and bonus action offering bags of money and living the good life has never smelled so sweet. This video game has 5 reels and has 100 paylines and can be for single or multi-denomination where the maximum number of credits per payline can but up to 50 credits. The top award is 500,000 when 5 rich old ladies land on a played payline with the maximum of 50,000 credits is played. The symbols are: Skunk, blue fish, cheese, egg, garlic bulb, blond woman, blue haired woman, man with cane, man with pipe, and red shoe.
The Trash for Cash Bonus is initiated when the Trash for Cash symbol lands in any position on reels 3, 4 and 5. The slot player then chooses one of the Trash for Cash symbols which reveals a multiplier from 2 to 5 times the initial bet. The value of the other 2 remaining cans not selected is also revealed to the slot player. The values are added together, then multiplied by the revealed can’s multiplier. The payouts range from 6 to 40 times the total initial bet.
The second bonus is the Keys to Riches Free Spin Bonus and is initiated when 3 Keys to Riches symbols land on a played line. The slot player is awarded 5 initial free spins for each line that passes through the bonus initiators. The free spins bonus play automatically changes to a unique set of reel symbols. Bonus credits and additional free spins accumulate based on the outcome of the free spin play

This Machine is $2500 which includes delivery to you house, set up and demonstration, manual, and a new casino cabinet to set the machine on.