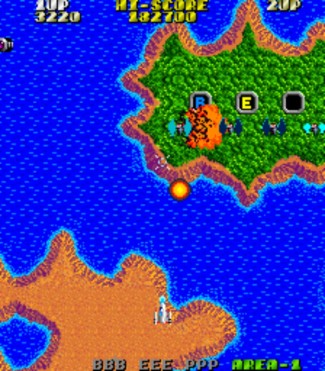 Argus is a vertically scrolling shoot ’em up arcade game. One controls a fighter jet and shoot enemies in the air and on the ground, collect power-ups, and defeat bosses to advance levels. One button is used to shoot missiles and the other is used to shoot a laser that shoots enemies and power-ups on the ground.