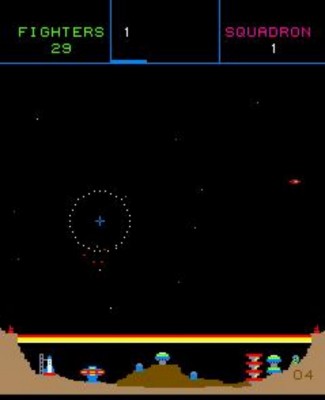 Colony 7 is an arcade shooter game by Taito Corporation released in 1981 that is in many ways a combination of two of the most popular shoot ’em up games of the time, containing elements of both Taito’s own Space Invaders and Atari’s Missile Command.

The main innovation of Colony 7 was its extended weaponry arsenal. This gave the player the choice to change between several different weapons, with each one needing to be purchased separately as microtransactions through the arcade coin slot.