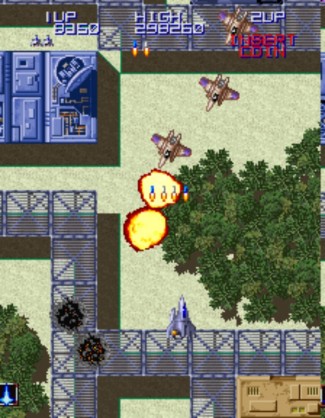 The game is a vertical/horizontal scrolling shoot-em-up where you fly a winged soldier over a Greek mythos style landscape. Shoot and bomb the attacking enemies. The game play switches between horizontal platform and flying levels.

Shoot waves of attacking enemies. Collect power-ups for more powerful weapons. Bomb ground targets with crosshairs in front of you ala Xevious. Get sucked into a hole in the ground where gameplay switches to a continuous horizontally-scrolling platform level.